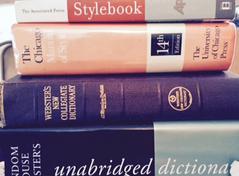 Question: What can help you or your organization build name recognition, establish brand identity, and gain a greater market share?

Answer: If you replied “advertising,” you wouldn’t be wrong. But Robert has an answer that is just as effective—and it’s free! The answer is media coverage.

Over the years, Robert has developed productive professional relationships with reporters and crafted compelling press releases and media pitches, all of which have resulted in hundreds of news and feature stories about the organizations he has represented. Here is a sample of his media hits.

A Westward Shift for Jewish Spirituality

​Religion: Monday's ordination of students from Conservative rabbinical school in L.A. is a first. Some predict it will herald a new openness in the faith.
LARRY B. STAMMER | TIMES RELIGION WRITER

For more than a hundred years, New York has been the undisputed center of Jewish faith and influence in America. From its distinctive Jewish neighborhoods and centers of learning to lox and bagels and Yiddish idioms, Jewish life and culture have radiated from New York across the country.

But an event this week, West Coast Jewish leaders say, confirms that Los Angeles has emerged from New York's shadow as a center of American Judaism, and suggests a continental shift in Jewish spirituality.

For the first time ever, students from a full-fledged West Coast rabbinical school affiliated with the Conservative movement will be ordained Monday in Los Angeles. Until now, all such ordinations have taken place in New York.

After a day of discussing race, bigotry and stereotypes with hundreds of Los Angeles middle school students, seventh-grader K.C. Ngoy came to a conclusion: "I've teased people who are different before and I'm not going to do that anymore."

K.C., 13, a seventh-grader at Sutter Middle School in Winnetka, said he learned a lot Monday at the fourth annual University of Judaism's Prejudice Awareness Summit, in which students discussed the evils of discrimination.

At a time when CEOs of nonprofits are bracing for severe funding cuts, Anita Friedman, executive director of the Jewish Family and Children's Services, managed to collect $600,000 in private donations at an annual fundraiser last weekend.

"We've been preparing for this moment for 30 years," Friedman said inside her San Francisco office before the event. "A social services agency in the 21st century needs to be more entrepreneurial. It needs to operate in a more business-like way, and it needs to generate earned income, in order to support its social goals and to survive."

There is a flood of people in dire need of help for the first time in their lives, dubbed by some as the "new poor," and they are swamping Bay Area food banks.

Liz Saint John
Jewish Family & Children’s Services of San Francisco, the Peninsula, Marin and Sonoma Counties provides professional and volunteer services for the purposes of developing, restoring, and maintaining the competency of families and individuals of all ages.

Nancy Masters is the Director of JFCS Marin Region. She talks with Liz Saint John about depression in senior citizens.

Listen to the broadcast